Samardo Samuels, me and marketing

Admission: even I get nervous about writing a blog and I’ve been writing professionally since I was 16.

The first time I got paid for my writing, I was a junior in high school and some publishing house found me and wanted to use a story I wrote for the high school paper in a journalism textbook called “Reading the Newspaper.” That’s right : a TEXTbook; like to teach other people how to write. And I was only 16!

Since then, I have written extensively for The Boston Globe, Business NH Magazine and The Hippo. On top of that, I write on behalf of my clients almost every day. I write Web copy, bylined articles, marketing materials, presentations, brochures. You name it. I write it.

And yet the thought of writing a blog stops me in my tracks.

A couple things crossed my mind recently that I found to be salient to this effort.

First, I am currently in the midst of a course on selling marketing services. It is a partnership between Hubspot, the inbound marketing experts, and Kurlan & Associates, a sales development organization in Massachusetts. The first step in this course was an extensive assessment of my skills as a sales person. I won’t bore you with the details, but the important finding in this context was that one of my weaknesses is “need for approval.”

What that means is that I want you to like me and I’m going to tip toe and tap dance so that I don’t say anything that would make you not like me. Now, if we were dating, that might come in handy (at least for the first few months), but we’re not dating and I realize that my need for your approval (whoever the hell you are) has been holding me back.

Secondly, I participated in a webinar given by Michael Katz last week. Michael is the Chief Penguin at Blue Penguin Development and the guy who writes newsletters about newsletters. He’s smart and funny and I’m a huge fan. Last week’s webinar was, appropriately, “How to be a Leading Expert,” and it talked about how to position yourself as an expert in your industry. He used a mind-bending analogy that I want to share here.

Samardo Samuels is an NBA basketball player for the Cleveland Cavaliers. He may be among the worst players in the league with an average of less than 15 minutes of playing time per game and fewer than 5 points per game.

That means that Samardo Samuels is in the top .00001 percent of potential basketball players in the country. Higher than the top hundred-thousandth of the top 1 percent!

Now do you think Samardo Samuels is qualified to teach, talk or write about basketball? I would say he is.

One of the reasons I lose my confidence is because I think of the stars of my industry, like Seth Godin or Guy Kawasaki. I could probably come up with 25 more names right off the top of my head and without looking at my bookshelf. No doubt they belong at the top of the league. They have earned their positions.

However, when I apply the Samardo Samuels paradigm to myself in the marketing universe that I work in, I do believe that I have a place at the table.

As you well know, marketing isn’t quite as exclusive as the NBA. Almost anyone can call themselves a marketing expert, and many people do.

But think about this, according to that same US Census, in 2009 there were roughly 184,015,000 people in the United States between the ages of 20 and 64. I’m going to call that ‘business age.’ What if I just want to be among the top ten-thousandth of a percent? Then the question for me is, do I think that I belong among the top 18,401 marketing thinkers in the country? Even if we assumed that these people were distributed evenly among the 50 states, do I think I belong among the top 368 marketers just here in New Hampshire? Yeah. You’d better believe I do!

So, am I qualified to talk and write about marketing, even teach a course on social media? Ab-so-get-down-lutely. And that’s just what I’m going to do. I hope you’ll join me in that conversation.

If you’re looking at spending a little more marketing money for the holiday season or budgeting for 2022, know that every dollar you spend on...

END_OF_DOCUMENT_TOKEN_TO_BE_REPLACED 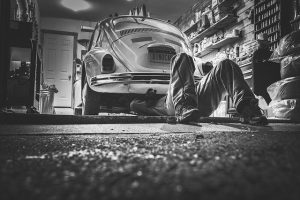 Outdated websites are more common than you might think. One of our longtime clients, a nonprofit, expected funding for a brand-new website but...

END_OF_DOCUMENT_TOKEN_TO_BE_REPLACED 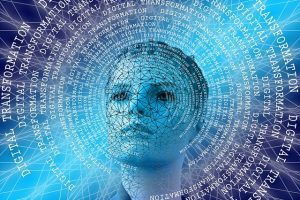 Have you noticed a digital transformation happening all around? You see it every day: on your cell phone, the displays and functions of your car,...