Home » Getting Around Ad Blockers

Getting Around Ad Blockers 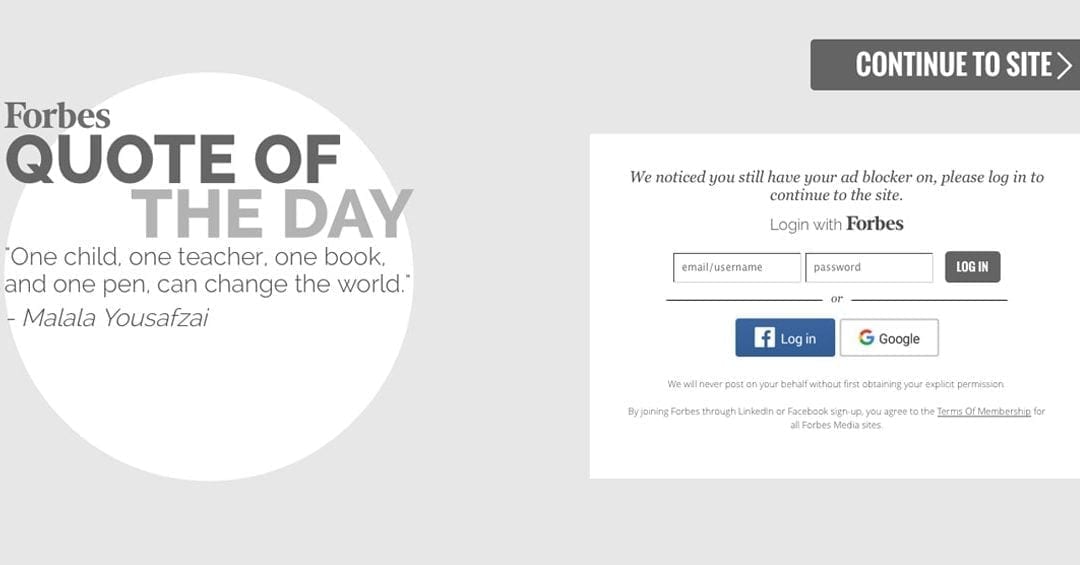 Sites which derive revenue from advertising as well as advertisers are seeking ways to counter the rise of online ad blockers.

According to some studies, 22 to 37% of adult internet users are employing some form of ad blocking software to escape the barrage of online or digital advertisements. With numbers continuing to grow, publishers and marketers are worried that this revenue stream could dry up.

Forbes, for example, has implemented a system to counter ad blocking whereby they require a user to set up an account in order to access content if an ad blocker is employed.

According to invesp,  60% of current ad blocker users would turn off ad blocking for content, leaving 40% of potential readers who would abandon your site when forced to make a choice.
Tell us what you think of Forbes’ strategy for ad blocker users in the comments below. Would you sign up, turn off your blocker or simply leave?